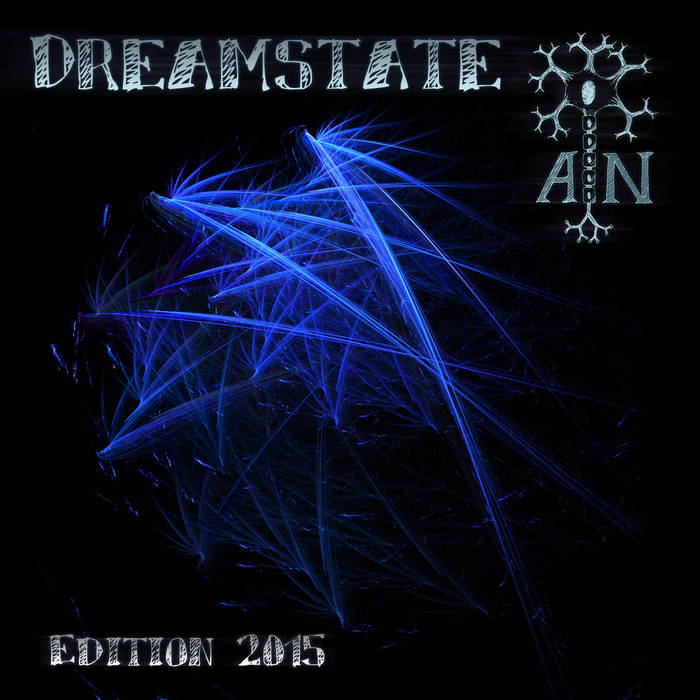 "Dreamstate (2015) " is a complete remix and remaster of the 2012 sophomore album from Axon-Neuron.

"Dreamstate" is a continuation of the rich, jazz-harmony and orchestrally influenced progressive rock sound of the 2011 debut album, "Brainsongs," but with a new influence of Meshuggah and Animals As Leaders inspired progressive metal. The arrangements are denser and more complex, and some new sounds are explored with the guitars and keyboards. Vocalist Sandra Kung joins the group for this release, contributing piano to many tracks, with Joe Leaman taking over the keyboard chair, exclusively playing the Fender Rhodes on this album. Guitarist and composer Jeremey Poparad utilizes the Roland GR-55 guitar synth on the opening track, "Bloom," (the only true keyboard on this track is Joe Leaman's Rhodes), as well as a custom 9-string electric guitar, which spans an octave below and a fourth above a conventional 6-string. Bassist Matt DeRubertis takes the spotlight on "Soñar," utilizing a variety of effects to create a haunting, high-pitched melody with his bass. Drummer Elliot Wallace rounds out the band, and lastly, returning again is the studio string orchestra, expanding the sound of the group on a number of tracks.

Another point of interest is the final track of the album, "Danseuses de Delphes," by 19th century French impressionistic composer Claude Debussy, arranged for the group by Jeremey Poparad. Originally a work for solo piano, as part of his two books of preludes.

"Dreamstate" has been completely reworked to create a mix that is more balanced and full than the original, with superior clarity of all the interwoven sounds on these dense compositions. Both "Dreamstate" and "Brainsongs" will be receiving a sonic update in 2015 in preparation for the group's forthcoming third album, "Metamorphosis."