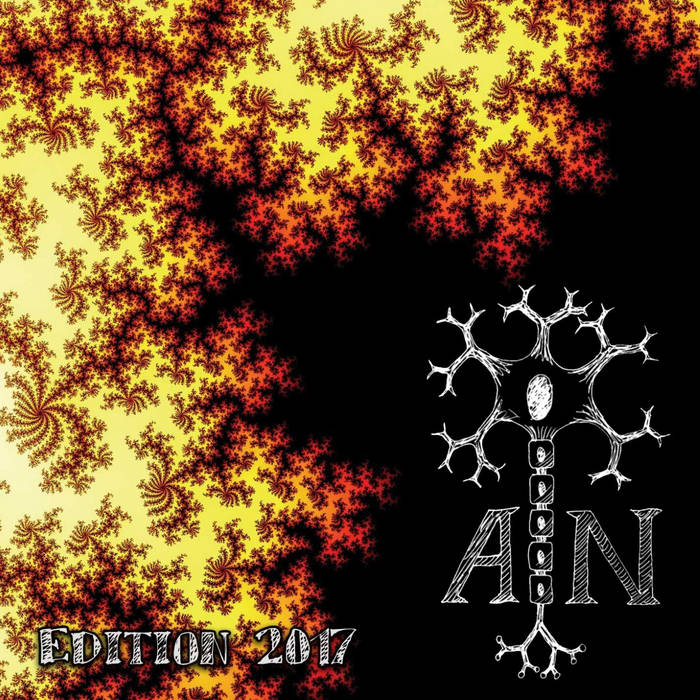 Can This Even Be Called Music?

"Brainsongs" is the 2011 debut album for the progressive rock band Axon-Neuron, remixed and remastered for this 2017 edition. Lead by guitarist and composer Jeremey Poparad, the group's music is a fusion of progressive rock, jazz, and classical music. The eight songs on this album feature intricate arrangements of shifting harmonies, complex rhythms, and lyrical melodies. Three of the tracks feature a live string orchestra. Axon-Neuron's debut album spends a bit more time in the jazz side of their influences, with the samba beat of "Snowflakes" and the jazz waltz groove of "The Round Window," but the distinctive mixture of sounds that has carried through Axon-Neuron's subsequent releases is clearly on display here. From the complex jazz harmonies to rhythms borrowed from progressive rock and metal, as well as the attention to orchestration and the use of an orchestra, the signature Axon-Neuron sound is woven through these eight unique songs.

Words and music by Jeremey Poparad

Recorded at Tangerine Sound Studios in Akron, Ohio, on May 4th, 5th, and 8th, 2011. Engineered by Ben Vehorn.